Pope Francis isn’t the only Christian applauding the outcome of the recent Paris climate talks.

“As evangelical leaders, we commit to bringing the Paris Agreement home to the countries where we are represented all around the world, and to play our part in celebrating and promoting it, in working for its implementation and delivery, and in challenging governments and world leaders in the months and years ahead to strengthen it in the ways still needed,” the groups wrote in a joint statement.

They committed to "supporting and engaging with other national and global processes which promote care for God’s creation and love for our neighbors suffering the impacts of environmental degradation."

"We will never stop speaking out and engaging the evangelical constituency with these critical issues until humanity’s relationship with God’s creation has truly returned to one of balance and restored relationships, that God intended and the Bible sets out,” they wrote.

One specific goal: not allowing the global temperature to increase more than 2 degrees Celsius. Although the United Nations cannot enforce each country’s pledge, all have agreed to regularly report their respective carbon reductions.

“What is most remarkable to me is that the global evangelical community spoke with a strong voice at a COP meeting for the first time, and that government delegations listened to us and to the other faith communities,” said Ed Brown, Lausanne senior associate for creation care, in a statement. “Because of this, the climate conversation has permanently shifted from merely economics and politics to include morality.”

In the past decade, multiple evangelical groups have spoken out about the dangers of climate change. Noteworthy documents include a 2013 letter from 200 evangelical scientists to Congress, a 2011 National Association of Evangelicals report, and the2006 Evangelical Climate Initiative.

“All state in clear and unmistakable terms that caring about climate change is caring for ‘the least of these,’” wrote Hayhoe this summer in response to Francis’ papal encyclical on climate change.

But there has been less enthusiasm among church leaders and lay people.

A majority of pastors continue to doubt man-made global warming, a 2013 report by LifeWay Research found.

The survey found that about 4 in 10 Protestant pastors "believe global warming is real and man made"—an increase from similar data collected in 2010, but down slightly from 2008. Pastors' views generally line up with popular opinion on the topic, LifeWay's research stated.

Younger pastors are the biggest skeptics. "Pastors age 65 or older put more stock in the validity of global warming over their younger counterparts," LifeWay's report said. "This group is more likely (32%) than pastors age 45-54 (20%) and 18-44 (19%) to strongly agree with the statement: 'I believe global warming is real and man made.'"

White evangelicals increasingly agree that global warming is "a serious problem," according to 2015 data from the Pew Research Center. But the percentage—24 percent agreed in 2015, up from 17 percent in 2013—still trails most other religious groups.

CT regularly covers creation care, including how churchgoers are least likely to see science and religion in conflict, whether evangelicals have changed the climate conversation, and how the greening of the gospel has been going on since the 1990s.

Source (and watch the video) 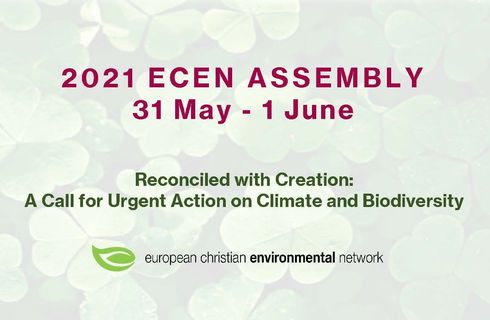